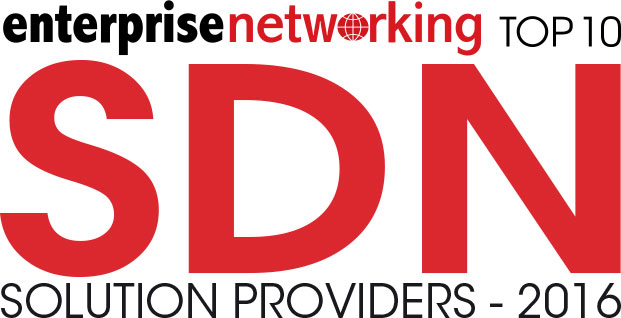 Larry Lang, CEO
Cloud is transforming all industries and enabling new business with speed like never before. With digitization of everything, businesses are moving rapidly to innovate and deploy the transition applications and workloads to the cloud. PLUMgrid is providing secure and scalable virtual networking solutions that meet the new demands of agile businesses everywhere in its pursuit to simplify the cloud journey.

“Leveraging the power of OpenStack clouds to build a virtual network infrastructure is hard. Operating and securing the clouds is even harder,” says Larry Lang, CEO of Santa Clara, CA based PLUMgrid. This is the reason why PLUMgrid built Open Networking Suite (ONS) for OpenStack, a comprehensive software-only networking solution with a rich set of capabilities to harness OpenStack cloud. PLUMgrid Open Networking Suite (ONS) 5.0 helps enterprises and service providers operationalize their OpenStack cloud’s virtual network and SDN deployments. “Enterprises and service providers are excited by the business transformation made possible by cloud data centers and software-defined networking.”

“PLUMgrid’s innovation in secure virtual networking is unmatched in providing the scalability and agility clients require,” says Lang. PLUMgrid’s ONS is built on x86 servers based distributed architecture and scalability is bestowed as a result of it. The solution leverages IO Visor technology to create separate and distributed data plane. The PLUMgrid Director cluster provides a flexible and distributed control plane. Even if the control plane becomes unavailable, data forwarding continues without interruption because all forwarding decisions are distributed. The solution provides built-in network functions such as switch, router, NAT, IPAM, and DHCP. PLUMgrid gives due care to proffer secure services along with the scalability and in the same pursuit supports authentication through LDAP, OpenStack Identity (Keystone) and local authentication. End-to-end data plane encryption for all network traffic within Virtual Domains provides cryptographic isolation across tenants, removes threats of cross contamination and security exposure.

By providing In-Service Software Upgrade (ISSU) capabilities, PLUMgrid proffers 24/7 availability of virtual network infrastructure as scheduled outages are eliminated. PLUMgrid Toolbox, a feature to manage the virtual networks in the easiest manner, helps network administrators remotely monitor and control their virtual network infrastructure based on PLUMgrid ONS. The platform enables applications and users to deploy private Virtual Domains quickly without changing the physical network fabric due to a highly automated on-demand workflow. This approach removes weeks of manual provisioning and the need for dedicated network hardware.

The comprehensive, scalable, and secure PLUMgrid ONS for OpenStack has enabled the clients to meet performance improvement goals and business objectives. In one of the instances, NTT SmartConnect, a major player in Japan’s cloud business market, had been experiencing manual provisioning of networks time intensive and operationally inefficient, and a major reason behind the loss of productivity and customer satisfaction. The client wanted a solution that would add scalability to data center infrastructure, optimize operational efficiency, and reduce infrastructure costs without compromising user experience in order to deliver massive media content. PLUMgrid ONS for OpenStack provided NTT SmartConnect a fully distributed architecture to scale up the operations with performance assurance and lowest latency. Since forwarding decisions are distributed and made at each individual server, every new server added to the cloud resulted in an increase in throughput for NTT SmartConnect to stream more content.

In the journey so far, PLUMgrid has remarkably created numerous success stories like NTT SmartConnect. The company works with technology leaders ranging from Broadcom to Arista Networks to connect the physical and virtual networking technologies seamlessly for users. With the infrastructure virtualization sector growing by leaps and bounds, the growth opportunities are enormous for PLUMgrid.
This content is copyright protected